This week, DJ Daniel dishes up an in-depth review of The Silence‘s latest album, The Silence. Read on to find out how the former frontman of Ghost (Japanese folk/psych rock band) crafted a current, unique take on the classic rock album. 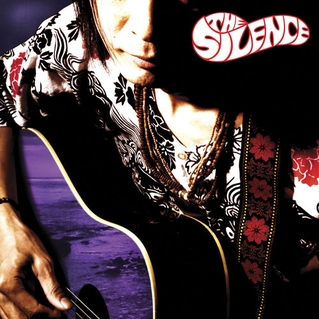 How do you make a classic rock album in 2015? If you’re Masaki Batoh, it’s by following your id. After thirty years of blending psych rock with Japanese folk as leader of the almighty Ghost, he’s defected with multi-instrumentalist Kazuo Ogino to new band The Silence, whose self-titled debut draws on the sound palate of classic rock but is neither reverent to tradition nor hellbent on innovation. It’s distinctly Batoh’s work, and he’s never sounded more focused.

While Ghost albums tended to cycle through lengthy, acid-washed jams–some of which run up to half an hour–The Silence contains only one such track, “Triptycon”, which runs eight minutes and functions as a small abyss in the middle of a tight, 45-minute album. Otherwise, these are compact songs, and if not for Batoh’s impenetrable accent, many of them could appeal to a wide audience, in part due to the consonant arrangements and familiar sound palate. All the instruments are played how you’d expect them to be played in a rock band, which couldn’t always be said of Batoh’s former outfit.

Part of what makes The Silence so special is that despite its “vintage” sound, it doesn’t have any real precedent. While most contemporary “classic rock”-sounding bands ape a few bygone scenes, it’s hard to tell exactly what Batoh had in mind for these tracks. Is “Lemon Iro No Cannabis” meant as a Blonde On Blonde-era Dylan track or a Supertramp-style prog-rocker? Perhaps neither. But rather than creating confusion, its position at the Platonic-ideal intersection of these converging rock styles helps eliminate any suspicion that Batoh might just be lazily looking to the past for inspiration.

The album’s cover of Can’s “Tango Whiskeyman” might persuade listeners otherwise. Can is one of those alt-rock touchstones fledgling bands might cover to prove their patrician taste and serious intent. But as a veteran, Batoh’s earned the hell out of this cover, and it scans as a capricious, “why-not” decision. It’s some cover, too, and it fares a lot well than the album’s only real misstep, a stab at replicating Patty Waters’ version of the folk song “Black Is The Colour.”

“Black Is The Colour” is a dreadful rendition, a formless and strangled mess dominated by Batoh’s strained attempts at free-jazz vocalization and a flute that seems lost in the song’s shapeless void. It never sounds pretentious, though, and neither does the album. It’s remarkable how an album with two fairly esoteric covers, an eight-minute free jazz jam, and a song about the Greek pantheon that’s loaded with flutes and mandolins (“Gotter Im Exil”) manages to sound so fun.

The Silence concludes with “Overture,” a short, sweet piece sung in Japanese that’s not at all an overture. You can clearly hear Batoh sing the word “Ghost” towards the end; I’m not entirely sure what he’s singing about, and nor, I imagine, do most Americans who will be listening to this album. But the English word drops like a ten-ton weight, and I’m reminded of John Lennon on Plastic Ono, invoking his old band’s name like a spell to declare his independence. Masaki Batoh no longer believes in Ghost. He just believes in himself.