This week, we’ve got KWVA DJ abstract of The Darkest Side of The Moon (Saturdays, 8-10 pm, Spring 2016) throwing down all you need to know about DnB masters, Noisia. 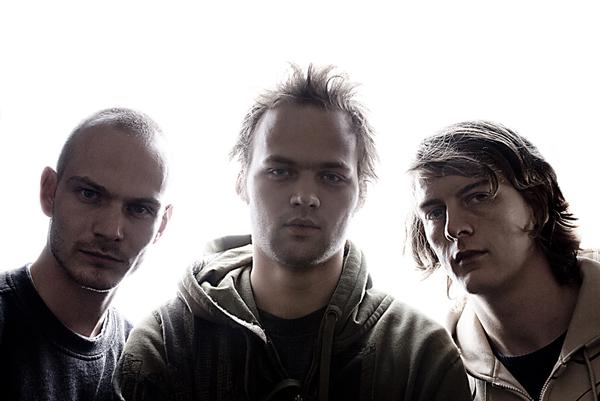 Few electronic groups can claim to be the centerpiece of their genre, yet Noisia unequivocally has come to define the face of modern drum and bass since their formation in 2002. The Dutch trio of Martijn van Sonderen, Nik Roos, and Thijs de Vlieger has played a critical role in the evolution and popularization of drum and bass, with practically every DnB producer citing them as one of the main inspirations. Noisia has amassed a diverse body of work, from numerous DnB releases to remixes of mainstream artists (Katy Perry and Tinie Tempah), movie and video game soundtracks, and orchestral performances. In addition to releasing new music and playing weekly DJ sets worldwide (perks of having three members), they run the weekly Noisia Podcast and manage their three music labels (Invisible, Division, and Vision Recordings).

From 2003 to 2005, Noisia cemented itself as one of the most influential pioneers in electronic music. They were part of a surge of producers looking to break into the darker DnB scene, and have inspired every generation of producers since. Of their many strengths is their immaculate sound design, creating gnarly, demonic basslines and intricate drum rhythms that are impressive even by today’s standards. In a genre that has been continuously criticized for removing the “music” from music, Noisia manages to retain the aggressiveness and edge of “neurofunk” (the highly technical, dark side of drum and bass) while preserving the emotional qualities of music, if usually in a dystopian sort-of-way. Noisia’s innovative releases have helped shaped the underground drum and bass sound into its current form. 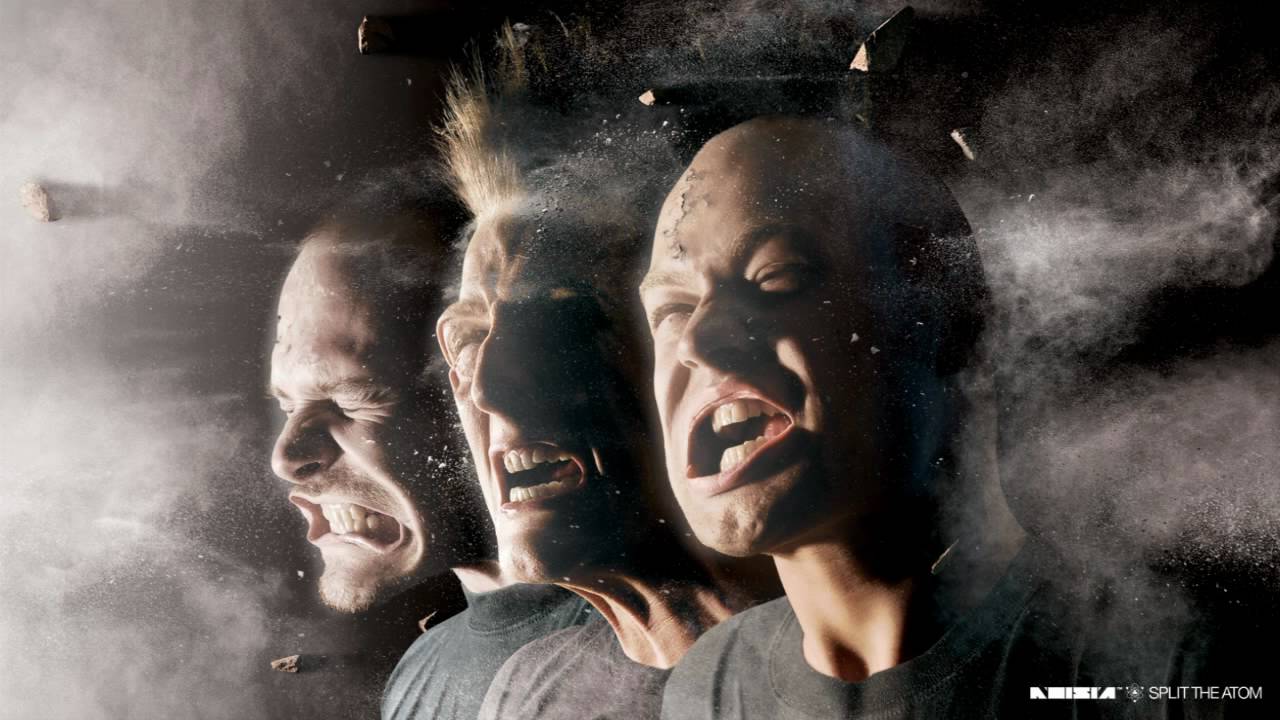 -Noisia has said that they can spend months working on creating some of their sounds from scratch. Their dedication to perfecting their sound design has become legendary in the electronic music scene. An example: some of the individual drum samples used in their Purpose EP were created solely using FM synthesis, and took months of tuning before they reached their final form.

-In 2014 Noisia was asked to do a remix of the J-Pop group Momoiro Clover Z. Nik recounts their reaction, “We were asked to do it ‘on spec’, which means their label has a lot of say in the final product, and I remember thinking ‘Well if they are gonna have a say about how it’s going to sound, and they’re a pop band, then I should start out really hard so that if I get asked to mellow it out a little bit, that will be OK since it will still be really hard.’ But they never asked us to change it, so the remix just stayed super angry!”

-Noisia collaborated with the UK hip-hop group Foreign Beggars in 2013 to create I Am Legion, a crossover of hip-hop, dubstep, and drum and bass.

-Thys wrote an orchestral piece for the North Netherlands Orchestra (the oldest orchestra in the Netherlands), fusing classical music with drum and bass elements. Before Noisia, Thys was an independent classical pianist and hip-hop producer.

-Noisia has begun to heavily promote the “future beats” genre, which is quickly gaining popularity worldwide (one of the hubs in the club scene in the Bay Area). 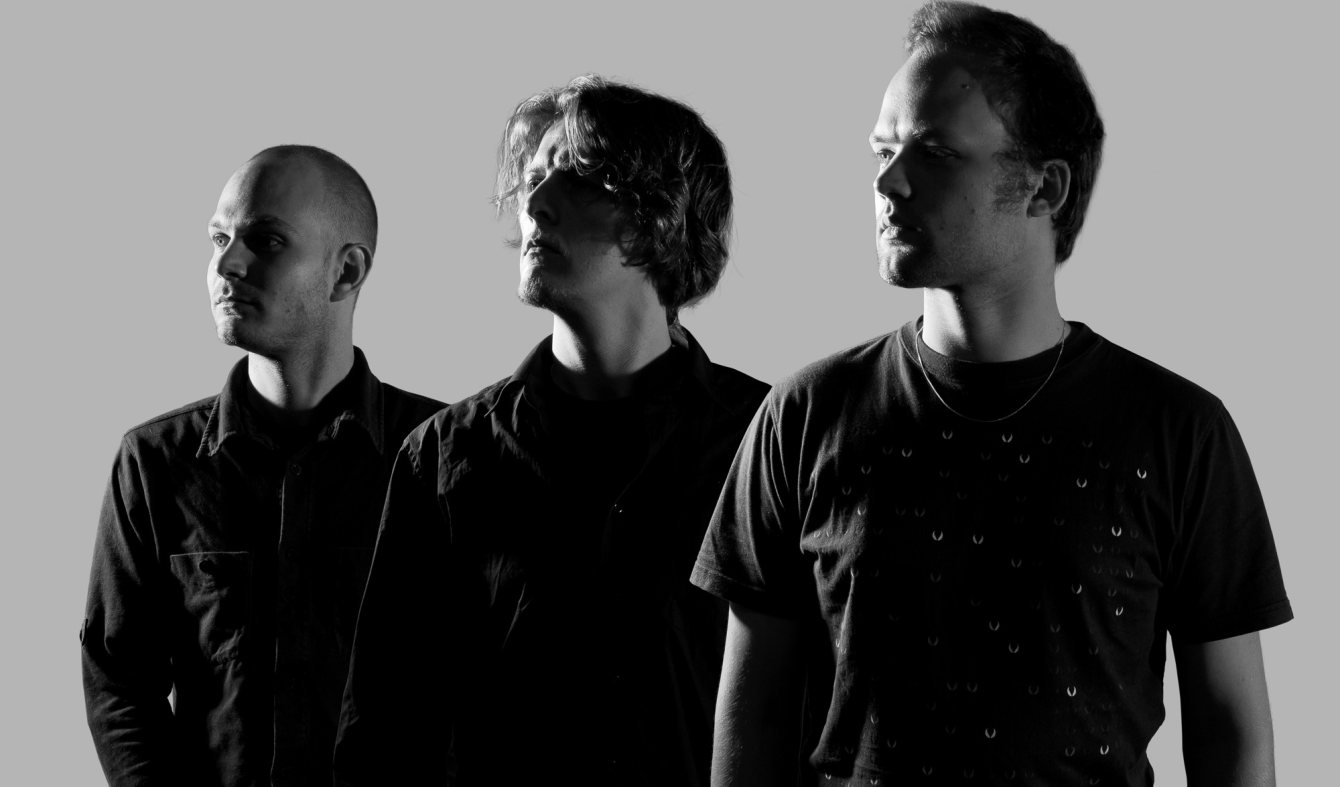 I would argue that this is one of the greatest song intros ever. This tune is easily a pillar of 2000’s drum and bass.

You will find very quickly that I like dystopian, almost eerily peaceful songs. One of my favorites.

This song was named the 2015 DnB Song of the Year. If you don’t have a subwoofer, go buy one and prepare to be enlightened.

I was more of a metal/instrumental guitar kid before college, but I had Noisia’s Split The Atom album. Something about this song just connected with me, and the music video is badass too.

…though this is hardly a good list of their music. A more suitable recommendation would be to set aside a day with some good speakers and play the whole Noisia discography. It is a journey, and it is worth it.

I play plenty of Noisia tunes during my radio show The Darkest Side of the Moon every Saturday, 8-10 PM.

Recently, KWVA Volunteer Sophie Cettina had the chance to chat with Jimkata, an electro-rock trio out of Ithaca, New York. After a brief hiatus, the band is back together, and recently self-released their latest album, In Motion. Sophie has her own music blog, A Perfect Playlist, where she has an extensive collection interviews artists and carefully crafted tracklists! Check out the interview below, and take a look at her blog for even more content!

Jimkata is a three-piece band from Ithaca, NY. After a short hiatus, the band self-released their latest record, In Motion, which is a flurry of synthesizers, echoing vocals and light, snappy guitar riffs. Fans of bands such as Bleachers, Walk The Moon or Bad Suns will appreciate Jimkata’s upbeat, infectious bass and tracks that incorporate a number of styles—funk-electronic, a bit of alternative, and a touch of 80’s influenced style synth-pop. Songs on the album such as “Jumping Out of Airplanes,” or “Wild Ride” are fast-paced with a heavy dance beat, while the smooth melodies of songs like “Synapses” are slower but still feature a funky, driving rhythm. I was so excited to interview this band–I’ve had their latest record on repeat the last few weeks!

A Perfect Playlist: How would you describe your sound?

Evan Friedell, lead singer of Jimkata: We call ourselves electro-rock.  Basically, it’s synths, guitars, and electronic production all smashed together, but with its roots in classic songwriting.

APP: What’s the story behind your band name?

J: Packy, Aaron, and I have been playing together since we were kids. At some point when we first started writing our own original music in high school, we needed a name for a gig in the local park. We were spending a lot of time recording with a friend of ours and one day he introduced us to this ridiculous movie called Gymkata. It’s  a really cheesy American made Kung-fu movie starring 1984 Olympic Gold Medal gymnast Kurt Thomas. In the movie, he must use his unique art of gymkata to defeat the fictional Eastern European country of Parmistan…hilarity ensues…  SO, when it came time to toss names around, “gymkata” made us laugh at first…but then we thought, “hey that actually has a ring to it,” and it’s stuck ever since.

APP: Who are a few artists in the music industry today that inspire you?

J: One of my favorite artists is My Morning Jacket. We like the idea that you can be great songwriters and producers, create well respected albums, but also have a raucous live show and an organic following of loyal fans.  There are a lot of artists that I admire, but the ones I admire most tend to cross genres and demographics to bring people together.

APP: I heard that you recently went on a hiatus from performing. Can you tell me a little bit about that? How did the break help you further develop/define your sound & style?

J: We went through some line up changes over the last year, and ended up having to take the fall off from touring while we figured out how to continue playing as a three-piece.  It was our first time not touring in quite a few years, and I think it ended up being a blessing in disguise. It gave us a chance to refocus, plan the album release more effectively, and set our intentions as a group going forward.  Then, as soon as we decided to go forward as a three piece, we just started rehearsing like madmen. After playing our first few shows this way, I think we’re really hitting our stride stylistically as musicians. I had a lot of time to practice singing and playing, and we had time as a group to perfect all of the sounds we use in our live shows.

APP: What’s your favorite song off your latest record, In Motion? I’ve had “Jumping Out of Airplanes” on repeat all this week. Love it.

J: Awesome!  Ya know, I think that might be one of my favorites as well.  I often feel self-conscious about songs in that I never know if they’re really done. Especially with lyrics, it can sometimes feel like I could edit, over think, and basically doubt myself forever.  This record came together really quickly and I didn’t even have much of a chance for any of that. Sometimes, when you trust the first feeling or thought that comes to mind it’s just meant to be and you shouldn’t mess with it too much.

APP: Who were some of your musical inspirations as a kid, and who are they now?

J: I was a huge Michael Jackson fan as a kid.  Still am. I looked back on that recently and realized he really was the king of the 80’s and 90’s.  I don’t know if there will ever be a pop star of that magnitude again. I loved Paul Simon’s Graceland and I had a couple early hip-hop tapes that I wore out.  I’m all over the map now in terms of musical inspiration.  Sometimes it’s just one song by an artist that grabs me, other times it’s their whole way of being and going about their career. I also love Radiohead and Kendrick Lamar. I admire the fact that, given the top of the charts celebrity status he had, Kendrick chose to create such a socially, politically and musically meaningful album. He could have just made some record label created crap that was calculated to sell but he chose the more challenging route.  To me, there aren’t enough artists like that right now.

APP: Who had the best performance on the Grammy’s this year, in your opinion?

J: Didn’t watch all of it, but I did catch Kendrick Lamar’s performance and, again, amazing. He’s just pushing boundaries, making statements, and remains seemingly humble despite the immensity of his fame.

APP: What would each of you being doing if you were not pursuing a career in music?

APP: I am currently a volunteer for the on-campus radio station at my school, and I recently did a review of your new album that just came out this month. (I loved it, obviously.) We are planning to play it on KWVA pretty soon. Have you ever heard one of your songs on the radio? If so, what was your reaction?

J: I have. It’s a little trippy.  At first it’s exciting, but then I gotta turn on my analytical, self-critical brain and think about if it sounds good enough to be played for a wide audience.  Then I try to turn that off and be like, “chill out and just enjoy it! Your song is on the radio!!”

APP: Anything else you want to say to readers of A Perfect Playlist?

J: Thanks for listening!!!

Jimkata will be performing with X Ambassadors and Robert Delong on May 16th at State Theatre of Ithaca!

Check out my fave track by the band, “Jumping Out of Airplanes” here: