“Whenever I make videos, I rely heavily on the music I incorporate. I think the reason why people get so emotional over films is the combination of a visual and music component–without both, it just wouldn’t be the same.” -Anna Maestas

By day, Anna Maestas is a sophomore at the University of Oregon studying journalism. By night, Anna directs and produces a series of moody, heartbreakingly beautiful short films. The first episode of her video series, “Would You Like to Leave a Message?,” premiered just last month. The film, inspired by and centered around a real voicemail submitted by Anna’s friend, is as tragic as it is visually stunning. The accompanying track, Perfume Genius’ “Otherside” builds the film to an incredible climax, leaving the viewer with a sense of mutual longing and sympathy for the actors on screen. “Otherside” fits perfectly in terms of content and rhythm, complimenting the depth and complexity of the film itself. I chatted with Anna about her film, where she finds inspiration, and the ways in which music has largely contributed to her creative process. 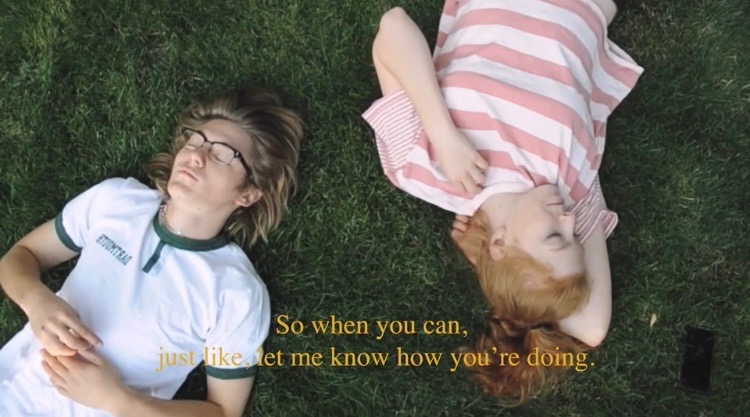 (Note: images may be blurry on some devices. We’re working on getting that fixed ASAP!)

KWVA Blog (Sophie): For people who are unfamiliar with your video series, “Would You Like to Leave a Message?”, tell me a little bit about the project and how you came up with the idea.

Anna Maestas: When it comes to art, I usually start with an idea that I think about for a few months. I put it into words, and then I don’t actually complete the project until like a month or so later. For this film, I got the idea in February of last year. I was going through life, things were pretty normal, but I was feeling some strong feelings of longing for different people, as well as longing for home. I decided to channel those feelings into an art piece by using voicemails.

When you call someone, your initial hope, of course, is that the person on the other line will pick up. When they don’t, there’s that “limbo” state you enter where your emotions end up spilled out into a voicemail. Voicemails are an expression of a very tangible, genuine longing. I knew that I wanted to use real voicemails in the film because it falls under the category of my favorite kind of art, which is called “relational aesthetic.” This type of art occurs when the artist curates real-life relationships and experiences through pieces. This can be expressed through performance, video, photography etc. The artist brings people together through an artistic depiction of a relationship or particular situation. 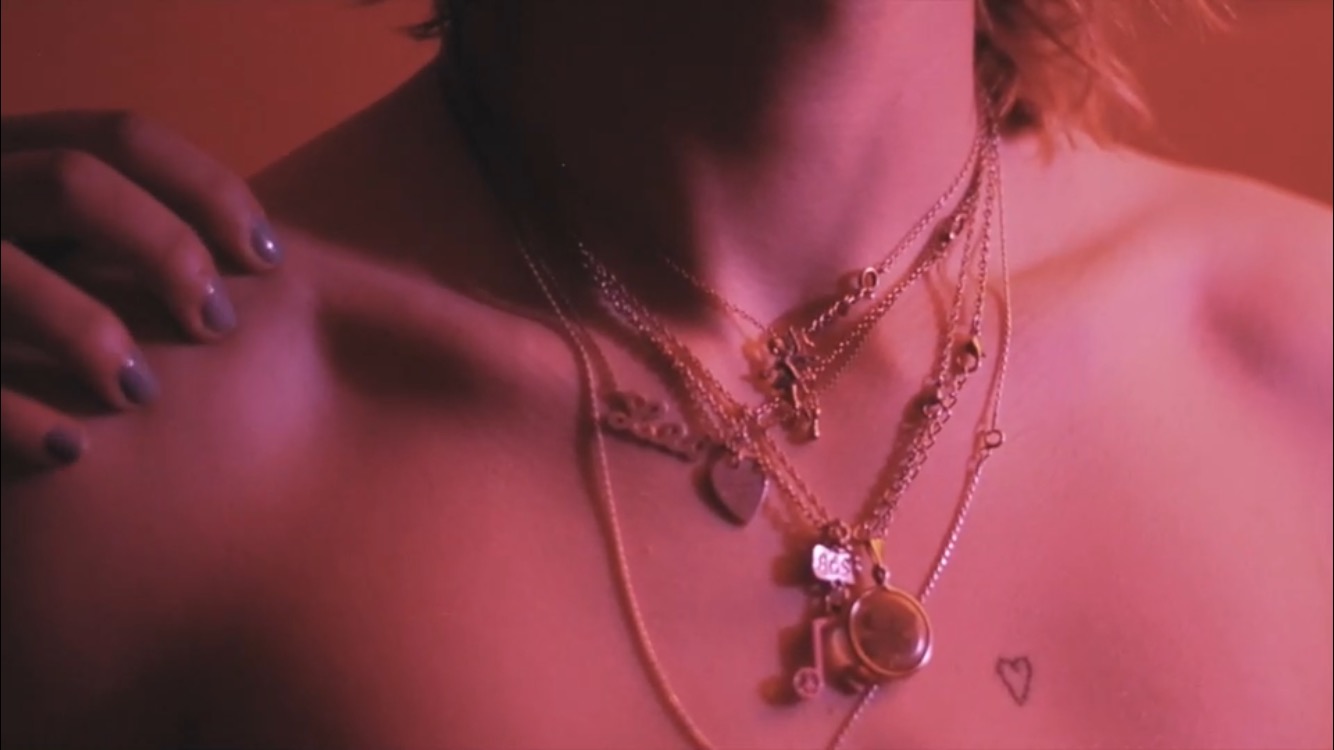 Whenever I do art, I like to use themes from real life. So for this film, I wanted to take something that is very real–which is why I asked people to send me voicemails they’ve received. The voicemail I used for this particular film was between a girl and her boyfriend at the time. It’s so real and powerful…and in a way, if you listen to it, he didn’t really say anything in particular. It was just him rambling and hoping she would pick up. That stuck with me, because that’s how I was feeling about some of the people in my life at the time. So I crafted my visual interpretation of the situation and filmed it with some friends. After I filmed it, I worked on editing it in Allen Hall every day for over a week!

KWVA: How many voicemails did you receive?

Anna: So many. One of the most amazing parts of this project was the fact that so many people were willing to share such intimate parts of their life with me. It was so special that I got to hear the voices of their moms, grandmas, friends etc.

KWVA: Who were the actors in the film?

Anna: I had originally planned to film it here in Eugene, but I ended up filming in my hometown of Denver, CO. Over the summer, I got my friends Ben and Kylie together, and we ended up filming it over the course of just two days.

KWVA: You chose the song “Otherside” by Perfume Genius to be the background track for this film. It fits incredibly well. Did you choose the song beforehand, or decide to use it as you edited?

Anna: Whenever I make videos, I rely heavily on the music I incorporate. I think the reason why people get so emotional over films is the combination of a visual and music component–without both, it just wouldn’t be the same. That’s why people react so strongly to films with an incredible soundtrack. Whenever I look for songs to include in my videos, I look for a build in the song, where things are happening and they suddenly lead up to a certain moment that makes you go “holy shit.” So I heard this song by Perfume Genius, and I loved the build and the way it made me feel when I listened to it. I had it in the back of my mind when I was filming the video, and I knew it had to be that song. 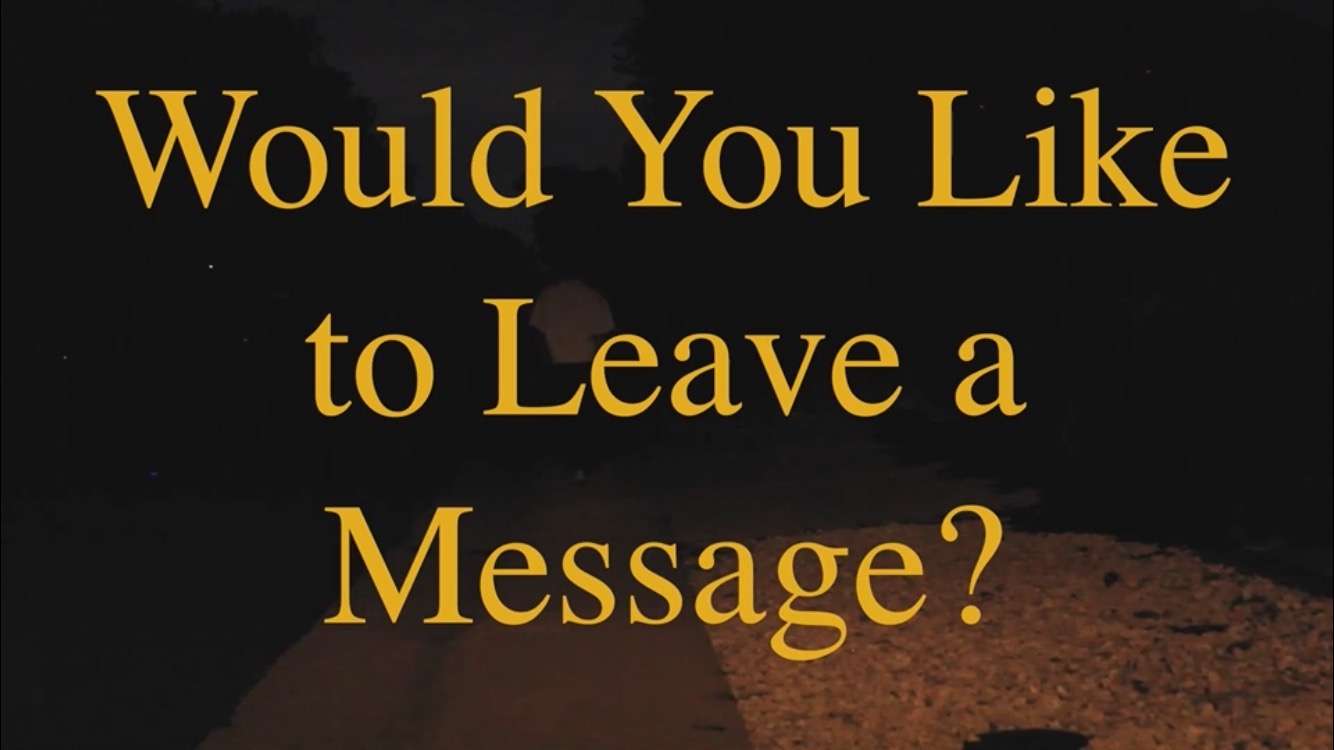 KWVA: Is there a movie that’s had an impact on you in part because its soundtrack?

Anna: Call Me By Your Name. That movie is such a true and honest representation of love. I associate Sufjan Stevens’ music (which is in the film) with Eugene, since I watched it for the first time here with a lot of people I love. The music in that film partnered with the incredible story line all falls together so well for me.

KWVA: What other artistic/creative projects are you involved in?

Anna: I’m involved in Duck TV, and right now I’m the assistant editor and DP for a show that my friends are producing called “Hard Spirits.” It’s about five teens in the 80’s who encounter a ghost. It’s really funny–kind of Scooby Doo-esque. I’m also a copy editor for Oregon Voice Magazine.

If you’d like to submit a voicemail to Anna, send them here! 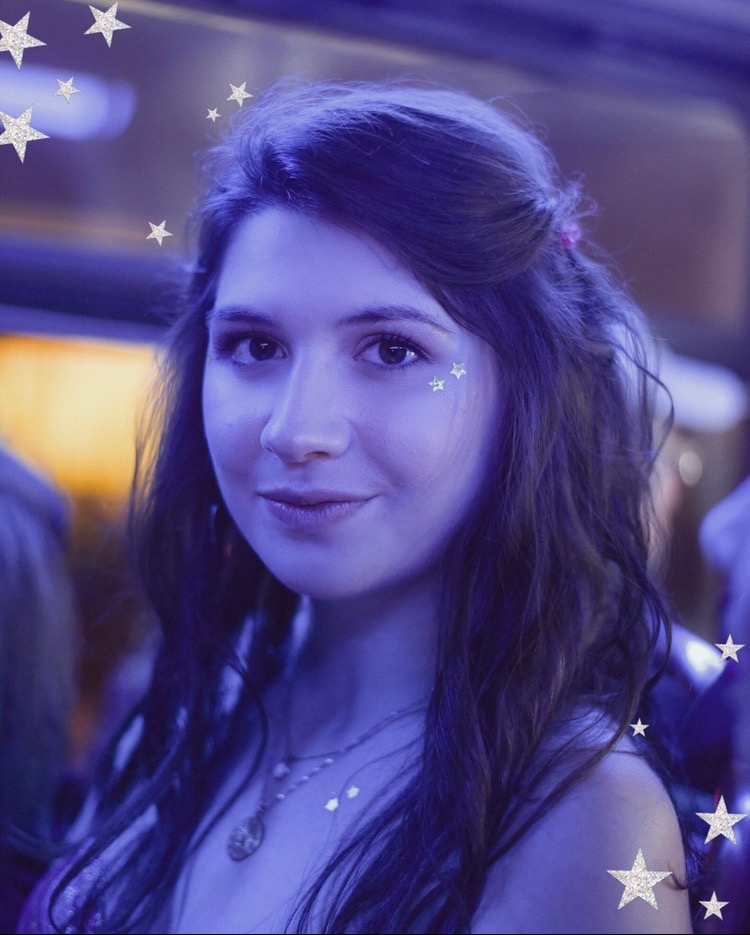