Since their inception, Los Angeles-based band Girlpool has embraced a concise and minimalistic sound. The duo, consisting of Harmony Tividad and Cleo Tucker, have previously featured simply guitar, bass, and vocals in both their studio recordings and live performances. This limitation has often aided them in creating an intimate sound, yet they have never struggled with achieving moments of intensity. In 2015, with the release of their first full-length album Before the World Was Big, Girlpool solidified their place as a notable name in the area of west coast indie rock.

Powerplant, Girlpool’s recently released sophomore effort, expands on their established sound in a way that feels mature and natural. Upon first listen, an obvious and recognizable change is the addition of drums. I’m sure Tucker and Tividad have become interested in exploring the possibilities of a larger band, which in turn has also resulted in a more layered approach to Girlpool’s guitar sound. “123,” the album’s opening track, embraces this change. It begins with a a simple and quiet intro, just before diving into a loud and impactful chorus, with an energy that endures for the remainder of the song. As lyrics and melodies found in the intro are repeated towards the song’s end, this time in a louder setting, it is suggested that even in Girlpool’s quieter moments there lies a drive and restlessness waiting to be uncovered. 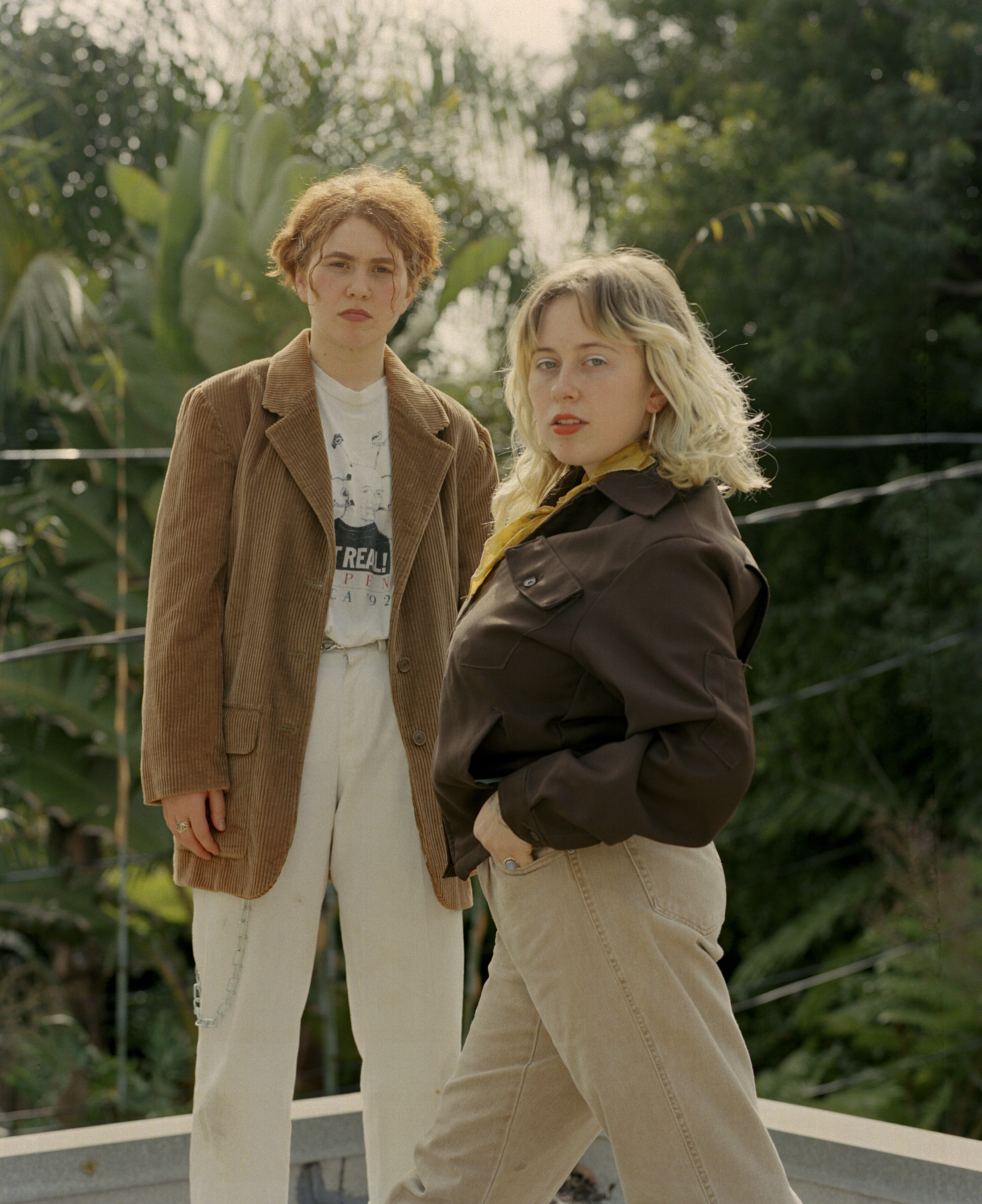 Some of the songs on Powerplant bring to mind those moments of childhood where you were sad and unsure why, while others convey the feeling of being an adult and knowing why you are sad. Much of the lyricism on the album refrains from detailed descriptions of specific events, but rather focuses on the offhand thoughts and emotions of the passing days. The song “Your Heart” features a jangly guitar with the lyrics, “you’re louder than the kitchen sink, I’m louder than the thoughts I think,” along with mentions of driving through the rain as well as staring at the counter. These mundane yet emotional moments, scattered all throughout the album, allow the listener to reach the band on a personal level.

The song “Corner Store” feels like an aimless summer day, but soon delves into an abrupt change with a loud and distorted guitar tone that would fit in comfortably on any early Built to Spill record. The title track “Powerplant” also achieves that perfect happy-sad feeling found on a lot of Elliott Smith songs. In fact, it may be a little hard to listen to this album and not be reminded of a lot of music that came out of the 90’s, but that’s not necessarily a bad thing. The band may touch on influences that have long since ran through indie rock, but that does not stop them from creating something that feels unique and their own.

In my opinion, the album’s high point is not reached until the very last track, “Static Somewhere,” with chugging guitars and subtle vocal harmonies. By the song’s end, the band has built up to a chorus that begs to be screamed along to. And then it ends, possibly too soon. With Powerplant, Girlpool has succeeded in creating both a nuanced and cohesive album, something that won’t soon grow stale.