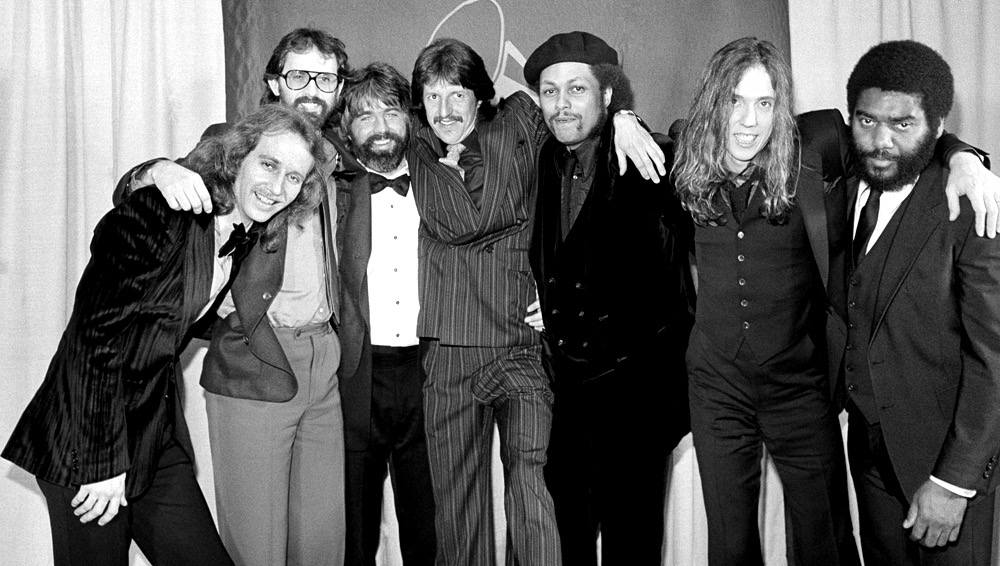 Rock is conservative, macho, and generally hostile to anyone who isn’t a white, straight male despite having been indisputably invented by African Americans, many queer and female. It holds up a standard of authenticity that ultimately praises fakeness as long as your fake-out is rootsy and manly enough. And, frankly, most classic rock sucks aside from a few established institutions (the Beatles, Pink Floyd, the Stones, Zeppelin, Prince, Michael Jackson, the CSNY camp, etc.), most of whom have good enough albums that I’d rather just put one of those on.

But I’ll be damned if there aren’t some gems lurking on those preposterous “are you ready to rock” classic rock stations. And sometimes, in hope of catching them, I find myself tuning in and weathering all the washed-up DJs and underage sex odes just to get to great pop songs such as these.

Boston – “More Than A Feeling.” “More Than A Feeling” is a celebration of the mind-obliterating power of music – a point it makes good on with its crashing wall of sound. Even Brad Delp’s most virtuosic wails are mostly just part of the texture. It’s one of the least cock-rocky of all hard rock anthems; Delp’s lament for a lost love is free of either anti-woman vitriol or overwrought blues melodrama. And though this is the sort of music that could only be made by technically proficient studio veterans (the band was largely manufactured by guitarist-producer Tom Scholz), it doesn’t make you marvel at the skill of the players so much as how their work fits into the amorphous blizzard that is “More Than A Feeling.” It’s practically shoegaze, but Kevin Shields can only dream of writing this good a pop song.

The Doobie Brothers – “What A Fool Believes.” This is one of those songs someone clearly put a lot of effort into. The chord changes are jarring and almost painfully gorgeous. The bridge is a tired repose that echoes the protagonist’s futile attempts at rekindling a lost love. The video-game synth that climbs to the heavens on the chorus is simply one of the single most beautiful keyboard sounds ever committed to record. Capping it all off is the weathered voice of Michael McDonald, whose wisdom and poise here feel untouchable. Some rock songs are more than the sum of their parts. This one just happens to be made of such finely wrought individual pieces, working together in such perfect harmony, that the product could never be anything less than stellar.

Grand Funk Railroad – “Some Kind Of Wonderful.” Everything out of Mark Farner’s mouth here is woefully generic and sung just as so. He describes love in purely physical terms, calling his woman “little” and affecting just about the worst mock blues voice imaginable. What matters – and what makes “Some Kind Of Wonderful” one of classic rock’s most interesting creations – is the music. For a little over its first half, the song is just Farner’s voice and a bass-drum groove that’s as compulsively danceable as it is austere. (Also, please tell me Tame Impala haven’t heard it.) But at 2:19, the chintzy organs enter, and sex meets God as Farner and his buddies turn their voices to the sky. Rock stars have been equating love with religion for eternity, but rarely have they done it this convincingly.

Norman Greenbaum – “Spirit In The Sky.” Norman Greenbaum wrote this gospel pastiche in 15 minutes, which isn’t surprising given the lyrics. But this thing definitely wasn’t produced in 15 minutes. “Spirit In The Sky” contains some of the most remarkable noises ever committed to a pop song, from the disembodied choir to the cash-register sound effect to that iconic, relentless fuzz riff. It’s four minutes long, which I would argue is generally too long for a pop song, but the subtle ways the song shifts direction keep it sounding taut and breezy. Listen how the choir elevates the texture upon arrival, or how the riff comes back in only hesitantly at first after the solo, as if peeking into the room to make sure it’s on cue. Among psych-pop productions, “Spirit In The Sky” deserves as much respect as anything by George Martin or Brian Wilson.

War – “Low Rider.” So little happens during “Low Rider” it’s infuriating. For its first two and a half minutes, the only changes are in the lyrics. If you think that’s what we’re supposed to focus on, keep in mind the horn riff is a full fifty percent longer than any given vocal passage. So it continues to plod along. Then after (gasp) a new vocal melody comes in, a Skinemax sax solo enters – only to disappear just as quickly. “Low Rider” is a tantalizing and often infuriating pop song, but to those who have heard it enough times, those changes at the end are orgasmic. And there’s something to be said about a song that maintains its mystery in spite of being so ubiquitous. This really is one of the strangest classic rock staples.